The concept of the physiotherapeutic method NDT-Bobath (Neurodevelopmental Treatment-Bath) was created in the 1940s in London. It was developed by a physiotherapist Berta Bobath and her husband, a neurologist Karel. The method is used mostly during rehabilitation of people whose neurological injuries appeared during the second world war. The current form was developed mostly during the cooperation of the Swiss pediatrics specialist Elsbeth Koeng and a physiotherapist Mary Quinton who worked in the Bobath centre established by the aforementioned married couple of Berta and Karel in London. Elsbeth and Mary developed the concept of Bobath and created its current form, so they focused on the neurodevelopmental treating, mostly the children’s physiotherapy. They worked especially with preterm babies and infants.

The basic assumption of the NDT-Bobath method is providing a child having a damaged Central Nervous System with possibly the most universal level of mental and physical development. The main aim is the maximization of the independence level that a child can get and using the properties of the damaged nervous system in the broadest possible spectrum.

The main guidelines of NDT-Bobath method are, among others:

An important difference between the MEDEK and NDT-Bbath methods is the role of motivation and child’s active participation in trainings. Even if in case of MEDEK method the willingness to cooperate with a physiotherapist during therapy is important, however not a determining factor, in case of Bobath method we are focused on the child’s most possible focus and active participation. A common factor of MEDEK and NDT-Bobath is focusing on necessity to individualize the physiotherapist’s approach, including such factors as tiredness, stress, child’s mental and physical possibilities. Providing a child with a high level of sense of security and calmness, and then maintaining it, can permanently reduce the amount of crying already at the beginning. When your child is crying, is scared, his/her concentration and willingness to cooperate with a therapist automatically drop. Both in case of MEDEK and NDT-Bobath methods the key element deciding on the dynamics of progress and efficiency is a systematic work of parents or guardians with a child at home.

The NDT-Bobath method is recommended for children: 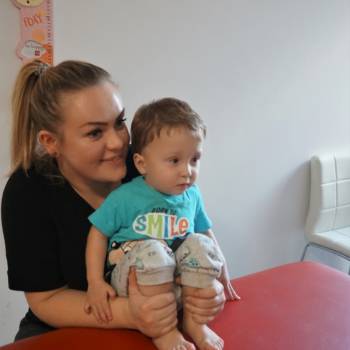